A dive with the magnificent Giant Oceanic Manta Ray, Manta birostris, is something really special.  The  largest recorded Oceanic Manta Ray was more than 25 ft (7.6 m) across from wing-tip to wing-tip  and weighed over 5,300 pounds (2,400 kg).  Manta Rays have a short tail and no stinging spine. They are very acrobatic and you can see them perform aerobatic flips and rolls as they glide through the water.   They can even leap (breach) from the water.

Manta rays have the largest brain-to-body ratio of the sharks, rays and skates (Elasmobranchii), with ratios approaching what is expected in mammals rather than in fishes. 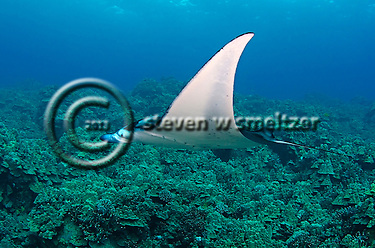 coming to join us for a short time and then on the night dive we had 31 different Manta Rays swimming all around us.  The Mantas come to feed on plankton which is attracted to light.  The dive operators give individuals flashlights and also place some extra lights in the water and you simply sit in about 35 feet of water as the Mantas “fly” around you.  It is certainly a memorable dive.

The breeding behavior observed for manta rays is similar to other closely related rays. Copulation occurs near the surface, no deeper than one metre below. It begins with the male chasing the female, for up to half an hour, both often closely followed by a train of hopeful suitors. Such mating trains seem to be triggered by a full moon. The male bites the pectoral fin and then moves its claspers into the cloaca, holding it there for one minute to one and a half while copulation takes place. The developing eggs remain inside the female’s body for possibly as long as 12 months and hatch internally so that she bears live young. The average litter size is two pups, and there is often a two year gap between births. (source – Wikipedia).

Adults are easily recognized by their large triangular pectoral fins and projecting cephalic fins, forward extensions of the pectoral fins that project anteriorly on either side of the head. Each cephalic fin is about twice as long as its base is wide. The length of each cephalic lobe, from tip to the mouth, is 14% of the disc 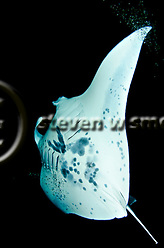 width. They are rolled like spirals when swimming and flattened when eating. This ray has smooth skin, a broad,rectangular terminal mouth located at the front of the head, and a tail that lacks a spine. 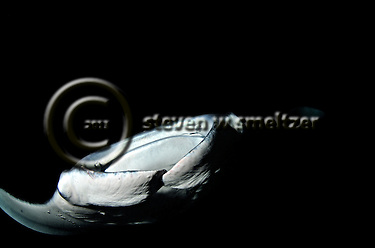 I highly encourage you to take advantage of the chance to scuba dive with the Mantas the next time you are on the big island of Hawaii or if you are visiting Hanifaru, a small lagoon next to an uninhabited island in the Maldives or another Manta diving location.  It is an awesome opportunity to meet some truly wonderful creatures.

The pool is open…