Bali’s coral reef on Menjangan Island hosts some of the most beautiful coral reefs in the world. Menjangan Island has been a marine preserve and protected by the Balinese government for a number of years. The island is also fairly isolated in that once you arrive at the airport you have to travel 4 to 6 hours by car to get to the resorts close to the island. This

means their are few divers that explore this marvelous site that is rich with all types of marine species and you can also on special occasions come across large pelagic species such as the whale shark.

Menjangan Island, in the north-west of Bali, is where diving first really started on the island back in about 1978, under the sponsorship of the Indonesian Navy, when it arranged a get-together of the country’s main diving clubs – Possi, Ganesha, Nusantara & Triskati.

That lead to Menjangan Island establishing itself as the premier dive location in Bali and many of the attendees went on to become the pioneers of commercial dive operations across Indonesia.  About a year later the Liberty wreck was explored for the first time since it had slipped down the slope at Tulamben in March 1963 and Menjangan Island was soon relegated to the background of Bali diving.

Menjangan Island is part of the 19,000 hectare West Bali (Bali Barat) National Park that was first established in 1982.  However, the island was made a game reserve by the Balinese Council of Kings in 1950 and has been fairly well protected ever since.  Both the relative difficulty of getting to the Menjangan Island from the normal tourist spots on Bali plus the fact that the site has been relatively protected since 1950 has resulted in a coral reef that is both vibrant and flourishing around the island.  The Liberty wreck in Tulamben is also still a favorite dive site, but has a very high amount of diver traffic and the site has predictably shown quite a bit of wear and tear.

Getting to Menjangan Island

If you are in the Nusa Dua, Kuta or Sanur area it will normally take you around 3.5 hours assuming no bad “jams” as the locals refer to the often crowded conditions of the roads on Bali. It can take up to six hours if the roads and traffic do not cooperate.  The best alternative is to stay at a local resort while diving on the north side of the island.  The Matahari Beach Resort and Spa in Permuteran is one of my favorites and is located next to the Coral Project in Permuteran Bay.  The hotel is definitely 4 to 5 stars and the largest of the resorts on this side of the island with excellent service, food and access to diving sites. I love the dive operator on the property, a Swiss German expat, who runs a very competent organization.

Getting to the Dive Sites

perhaps the boat service run by the parks service.  If you are staying at one of the resorts around Pemuteran Bay, taking the boat in front of your resort is the way to go.  The boat trip is about 30 to 40 minutes and the seas are usually fairly flat as the area around Menjangan Island is fairly well protected.

Diving is great year round and even in the “rainy winter season” the visibility is normally quite clear.  The island is not large and does not have much fresh water  runoff that will impact visibility.  There can be some current on various sites around the island so you may dive some of the sites as drift dives.  Remember to listen to the instructions of your dive master and enjoy the dive.

Come preview the gallery, the pool is open…

Creatures of the Coral Reef

The world of coral reefs contains one of the most diverse environments on our planet, supporting

more species per square meter than any other ocean ecosystem. Creatures of the Coral Reef examines the phenomenal diversity of our coral reefs which are sometimes called the rain forests of the sea.  From the microscopic to the gigantic, coral reefs support and nurture a tremendous variety of creatures. 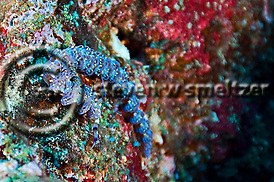 These reef systems have been built up over thousands of years by tiny  calcium-producing organisms.  These Creatures of the Coral Reef have constructed a haven for countless forms of life, some of which seem totally alien in form. It is a “Star Wars” world of bright colors, ever changing patterns and odd shaped creatures that look as though they came directly from central casting. Only on the coral reef can one find living examples from nearly every group of organisms.

Creatures of the Coral Reef Overview

Scuba Diving on a coral reef gives you some idea about what it would be like to explore another planet. Drifting weightless across this diverse landscape enables you to appreciate some of the tremendous complexity and simplicity that makes up the coral reef. 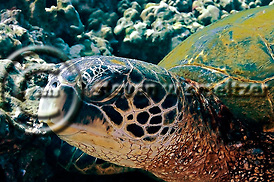 Man has spent a relatively modest effort scientifically exploring the world’s oceans compared to the time and money that has gone into exploring the surface of the Moon and other planets. Yet, the growing and ongoing exploration of our oceans continues to bring the discovery of new species, the identification of different environments where marine life flourishes and a little more understanding of our underwater world. 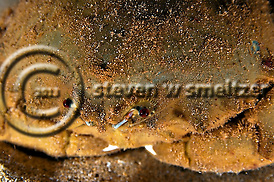 It is a place of never-ending wonders. The world of the coral reef is also an extremely fragile environment, and it is under considerable pressure and facing real dangers to its continued existence. The distress and destruction of coral reefs has a noticeable impact on our lives from the foods we eat to the air we breathe.   From the Florida 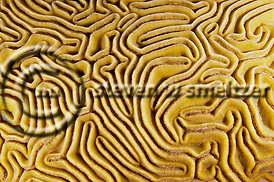 Keys to the Great Barrier Reef in Australia, to the atolls of the Pacific and islands of the Indian Ocean our coral reefs need our help. If we wish to leave a healthy and thriving reef system to our children and their children we need to understand the threats to this amazing environment and understand actions that can be taken to preserve and restore our reefs.  These are our oceans and the first step to helping protect coral reefs is education.

This segment provides a high-level overview of the basic types of Creatures of the Coral Reef, including: 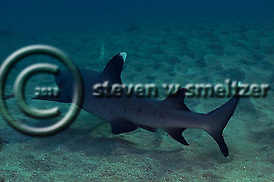 Come join us as we “dive into” this amazing and mysterious world. See more information on Creatures of the Coral Reef. 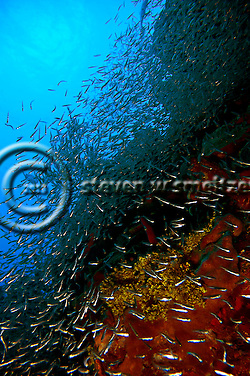 You start on the mooring ball and descend through a break in the coral and emerge on the wall around 100 feet. The dive moves along the wall where you can look out into the blue for large pelagic species such as sharks and Spotted Eagle Rays and then finishes at the top of the wall where you can explore various coral, sponges, fish, eels and turtles.

Orange Canyon Grand Cayman compares very well with other west side dive sites, but I admit my favorites sites are on the north wall. However, I definitely like this site and I dive it regularly. It is especially good when there are large “swarms” of Silversides on this site. There are also likely to be several Tarpon in the canyons as you explore the site. This site gets its name from the spectacular Elephant Ear Sponges. These colorful sponges make a great backdrop for photos and if you explore closely you will likely find various cleaner shrimps and blennys on the sponges. You will also likely find a cleaning station with a grouper exposing his gills 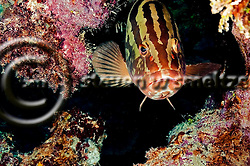 for servicing. Orange Canyon Grand Cayman can have a current and can have a good bit of turbidity but normally the visibility is quite good and the diver operator should check this before you enter the water.

I recommend taking this dive very slowly and actively looking around at the wide variety of life that can be found here.

Check other dive site reviews on my blog or tell me about your favorite dive sites. 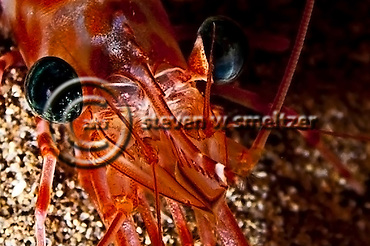 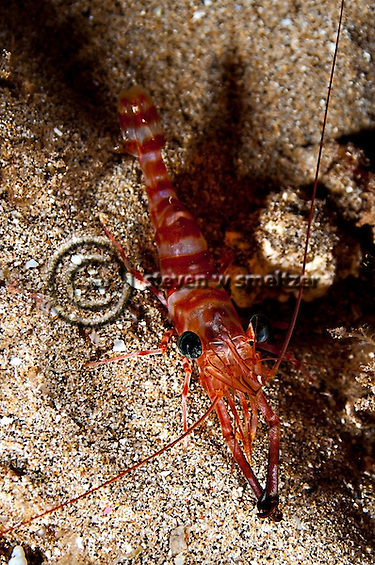 The Sigma 17-70mm F2.8-4 DC Macro lens available in Canon, Nikon, Sony, Pentax and Sigma mounts deserves strong consideration for underwater photography from the higher end amateur to the professional. While zoom rings for the Sigma 17-70mm are hard to find (if you can) the versatility and quality of the lens is such that if you are willing to invest a little time this could be a great lens for a variety of underwater settings. The lens is good for macro shots as seen in this image of a Candy Cane Shrimp in Maui 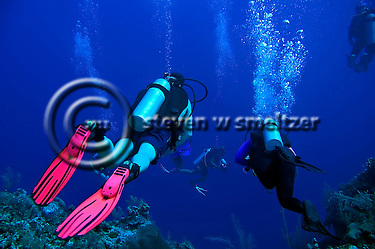 It also is quite good for wider angel shots such as this photo from Grand Cayman.

I first took the Sigma 17-70 mm for a test drive in Hawaii. Since, I could not get a zoom gear for my Sea&Sea housing, I just made one. 🙂 If you are not intimidated this is not very hard to do especially if you have other zoom rings lying around that can be “modified” or you can also build a very passable zoom gear from PVC pipe from your local hardware store, but I will leave that for another story. 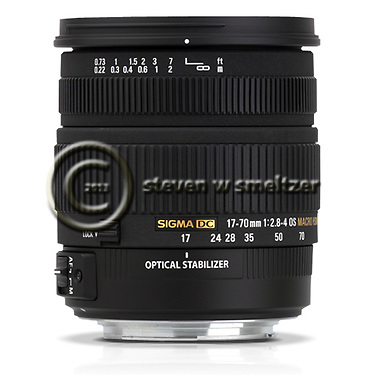 When compared to other similar lenses, the Sigma 17-70 mm is one of the heaviest and largest instruments of all. This is not a surprise, though, because the lens is also the fastest and similar lenses such as the Sony/Zeiss 16-80 mm, which has a better focal range, doesn’t have an ultrasonic autofocus motor.

The Sigma 17-70 mm f/2.8–4.0 DC Macro OS HSM is an optically complex instrument. It has 17 elements in 13 groups. One element is made of low-dispersion ELD (Extraordinary Low Dispersion) glass and three other elements are aspherical (one hybrid element, two made using the “glass mold” technology). It is definitely superior to its predecessor that had just one SLD (Special Low Dispersion) element and two ordinary aspherical ones. Inside the lens we can also find an aperture with seven diaphragm blades which can be closed down at 17 mm to f/22 and at 70 mm – to f/32.

All in all a versatile lens that can deliver great shots in most situations and is great when you are not sure if you will be shooting macro or wider angle shots on a particular dive.