The Kohala or Humpback whale faithfully returns to Hawaii each year to give birth to their young.  Although the Humpback whales begin arriving in Hawaii in December and don’t all leave until May or even June, February to April are the best times to experience the whales.  If you  stay in Ka’anapali in Maui you can watch them through out the day from the beach.  Better yet take a 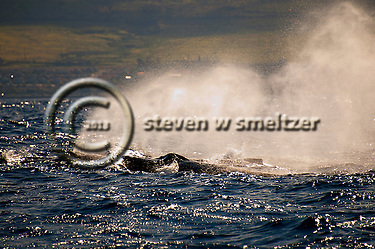 whale watching cruise.  Gemini Charters operates off Kaanapali beach and will pick you up at the Westin Maui Resort in the morning and the afternoon from December to April or you can drive into Lahaina where you can take a whale watching tour with the Pacific Whale Foundation. 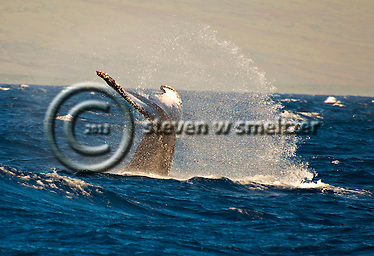 Both operators offer great charters with the main difference being the Gemini boat is a catamaran and I believe is a bit more comfortable.  The Pacific Whale Foundation has a large two deck boat and is very comfortable, but not quite the same feel as the catamaran.  But either way you will definitely enjoy your tour.

Humpback whales migrate annually from summer feeding grounds near the north pole to warmer winter breeding waters in Hawaii and other areas closer to the Equator. Mothers and their young swim close together, often touching one another with their flippers with what appear to be gestures of affection. Female Humpback’s nurse their calves for almost a year, though it takes far longer than that for a Humpback whale to reach full adulthood. Calves do not stop growing until they are ten years old.

Humpback whales are known for their magical songs, which travel for great distances through the world’s oceans. These sequences of moans, howls, cries, and other noises are quite complex and often continue for hours on end. Scientists are studying these sounds to decipher their meaning. It is most likely that humpbacks sing to communicate with others and to attract potential mates.