There are other interesting wrecks in Grand Cayman besides the USS Kittiwake. 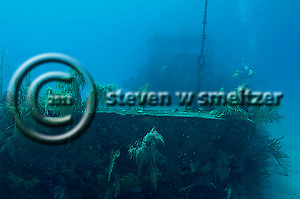 The Doc Poulson is a purpose sunk shipwreck on the western part of Grand Cayman.  The ship was originally a Japanese cable laying ship and was sunk in Grand Cayman in 1981 to create an artificial reef on Seven Mile 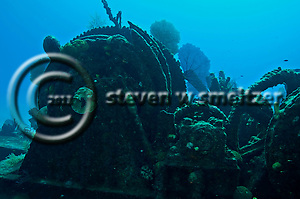 beach.  The wreck site is named for Doc Poulson who helped set up the first hyperbaric chamber on Grand Cayman for the treatment of decompression sickness.

The wreck sits upright in about 50 to 60 feet of water and can be easily explored. However, given the age of the wreck there are many exposed surfaces that can cause harm to a diver.  The ship is about 70 feet in length and the cable wenches can still be seen on deck but are heavily encrusted with corals.  There are a variety of fish in and around the ship from Goliath grouper, to Queen Conch, to cleaner shrimp, blue tang and many more.

The wreck sits on a sand flat 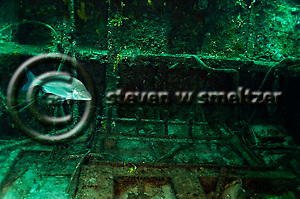 and is about a 5 minute swim away from the reef.  The clarity of the water in Grand Cayman, along with the upright position of the boat makes it a great place for underwater photography from the novice to the professional.

The hatches have been removed to make penetration diving easy and safe allowing a diver to explore the decks and the hold of the ship.  The interior of the ship is filled with a good bit of sand, but working your way through the ship is still quite easy even after 30 years on the reef. 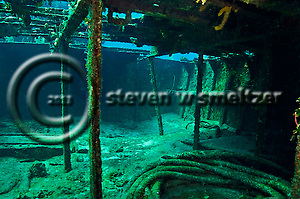 As a day dive the Doc Poulson is a rather small site and is usually combined with diving the reef nearby which is about a 5 minute swim away.  If you take your time however, you can spend most of your dive time at the wreck.  However, this is a better dive when there are no more than 5 to 6 divers on the site and great when there are only two.  It can be a good night-dive spot especially for an underwater photographer as you have a 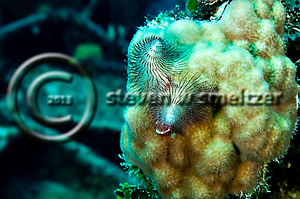 wide variety of marine life around the wreck including a number of small creatures great for macro shots. There are many sponges, brain corals, Christmastree worms and a nice Social Feather Duster on the stern rail.

WP2Social Auto Publish Powered By : XYZScripts.com
We use cookies to ensure that we give you the best experience on our website. If you continue to use this site we will assume that you are happy with it.OkPrivacy policy