The Carthaginian IIwas once used as a whaling museum in Lahaina Harbor.  It is a replica of a 19th century brig similar to the ships that first brought commerce to the Hawaiian Islands. The ship was a cement carrier built in Germany in 1920 and rechristened the Carthaginian II.

It sailed to Lahaina in 1973 where it took seven years for the historically accurate 18th century whaling ship rigging to be assembled. The Carthaginian II served as a reminder of Lahaina’s nautical heritage and was docked for many years at Lahaina Harbor. The ship was owned by the Lahaina Restoration Foundation which operated the museum on board that displayed relics of Lahaina’s historic whaling days. 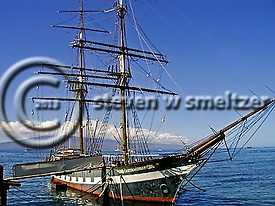 Although it had no true historical value, the Carthaginian II was one of Lahaina’s most recognizable attractions, featured in thousands of artworks and visitor photographs for over the 30 years. The ship belonged to the nonprofit Lahaina Restoration Foundation, which was spending $50,000 a year to maintain the rusting hulk. When marine engineers advised against further repairs because of the increasing costs, Atlantis was approached to claim the vessel and use it as an artificial reef which would in turn enhance the existing Atlantis submarine tours in Lahaina. 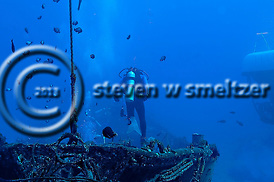 On December 13, 2005, following two years of preparation, Atlantis Adventures sank the Carthaginian off Lahaina, Maui.  This created an artificial reef that will have lasting marine life benefits. The reefing took place off Puamana which is just outside the Lahaina harbor. The 97-foot, steel-hulled vessel, sank in 95 feet of water where it will serve as an artificial reef. 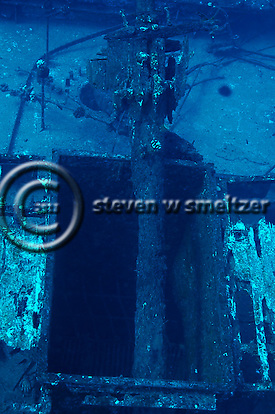 The first Carthaginian was a replica of a whaling supply vessel used for the 1966 movie “Hawaii,” based on the James Michener novel. The Lahaina Restoration Foundation purchased the wooden boat, but it sank in 1972 on its way to O’ahu for dry dock. The German vessel was acquired and was rechristened the Carthaginian II and after extensive restoration work it served the city as a floating museum for many years.

Atlantis spent approximately $350,000 on the Carthaginian II project, including preparation of environmental studies. American Marine Services was hired to handle reefing operation. Before the Carthaginian II was towed from Lahaina Harbor, entertainers from the Old Lahaina Lu’au performed “Aloha ‘Oe” and members of the Lahaina Restoration Foundation placed lei on the vessel and held signs bidding it aloha.

To prepare for the sinking, 10 tons of concrete had been loaded on board, adding to the 35 tons of material the boat already was carrying. Atlantis’ small tugboat Roxie pulled the Carthaginian II out of the harbor before transferring the operation to the larger American Islander tugboat. 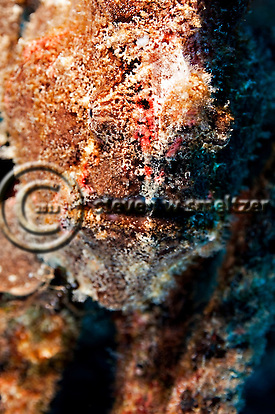 A flotilla of about 20 boats was waiting when the Carthaginian II arrived at Puamana, and spectators lined the shore or pulled over on Honoapi’ilani Highway to watch the spectacle. Kahu Charles Kaupu offered a Hawaiian blessing, and after a 3-ton anchor was secured to the bow and the boat was in position, patches were removed from two sets of holes that had been cut into the hull about 18 inches above the water line. Seawater was pumped into the hull, and 27 minutes later the Carthaginian was headed to the sandy bottom.

Observers let loose with applause and whoops of appreciation as the ship quietly slipped beneath the surface. Aboard the Atlantis shuttle boat three air-shattering blasts were fired from miniature brass cannon to mark the occasion.

The Carthaginian II lies in about 90 feet of water of the coast of Lahina. It is about a 10 to 15 minute trip from the harbor to the dive site. The Carthaginian II was sunk approximately 10 years ago and now supports a wide variety of marine life. 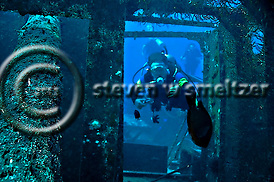 When you begin to descend from the mooring ball you will normally be able to see the outline of the ship quite easily. The visibility is usually 80+ feet and much of the time over 100+ feet. There can be some current on this site so some divers may want to descend using the mooring line. As you descend you will begin to notice more details regarding the ship and the impacts of being on the reef for about 6 years. The main mast collapsed in mid-summer 2011 and can now be seen sitting on the deck. The main cabin roof and walls have deteriorated to some degree and there are numerous holes into the hold. The access to the hold itself is quite large and easily accessible. The engine room and forward compartment is blocked by a gate but you can still get a good variety of photos in this area. The rear area of the cargo hold is fairly clear and contains a variety of fish species and crustaceans. 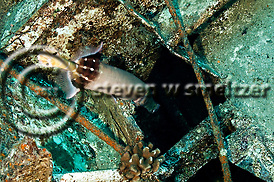 There are also a number of frogfish on the wreck. I was able to photograph five different frogfish on my last dive. These fish are extremely well placed for macro photos and can consume a lot of bottom time, but it is well worth the effort. Two frogfish were on the main deck to the rear of the main cabin and three were on the starboard side about the midships area.

You will find a wide variety of fish including, Pacific Trumpetfish, Sergeant Majors, Dascyllus, Orangespine Unicornfish, Rainbow Cleaner Wrasse, and many more.

This dive is best when there are less than ten divers in the water since the ship itself is not very large. It is a very worthwhile dive and I highly recommend it for your next trip to Maui.